25 CANDLES FOR THE 25TH VERBIER XTREME POWERED BY ALTIS

Last month, 25 icons united to illuminate the Bec des Rosses in honour of the 25th Anniversary of the Verbier Xtreme

It is under extraordinary circumstances that the Grande Finale of the FWT20 will not happen this year. Nonetheless it is with passion and humility that the Freeride World Tour wanted to celebrate the 25th anniversary of the Verbier Xtreme, the departing moment for an international Freeride journey. 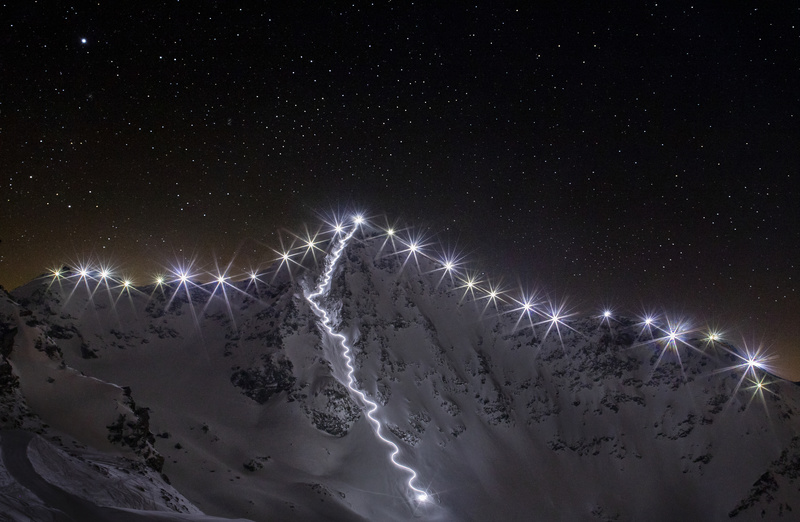 Since its creation in 1996, the public have been amazed by the evolution of the sport which defies the laws of gravity and constantly pushes the limits of what is possible in the mountains. In 2008 the success of the event lead to the creation of an international championship made up of 5 stops with the final being the Verbier Xtreme. Giving birth to the Freeride World Tour.

The 20th February, armed with headtorches from Altis, the 25 candles outlined the flanks of the imposing mountain as night fell. They sat along the ridge as well as on the summit of the Bec des Rosses, in celebration of the 25th edition of the legendary Verbier Xtreme. Just like on the Matterhorn 5 years ago, the emblematic face was illuminated by 25 freeriding icons, who have contributed to the success of the Xtreme.

The Valaisan skiers Jérémie Heitz and Yann Rausis, as well as the French snowboarder Xavier De Le Rue topped off the spectacle by riding the face one by one, equipped with an LED helmet under a blanket of stars in the night sky.  There were as many stars in the sky as those who illuminated the Bec de Rosses that evening. Among the stars, Estelle Balet, Dédé Rehm, Giles Voirol and Marco Siffredi, the young riders who left us too early, who made an impact on the history of the Bec des Rosses, were surely watching from above. 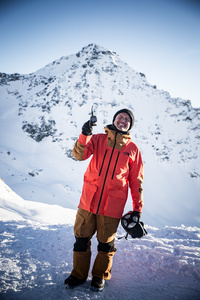 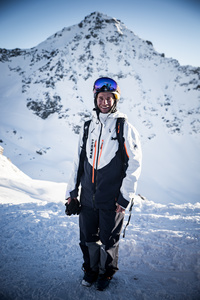 It was a magical, unforgettable and nostalgic moment for the participants and spectators of this evening spectacle. Nicolas Hale-Woods, the cofounder of the Verbier Xtreme and CEO of the Freeride World Tour was moved to be surrounded by the whole Freeride family. In fact, that evening, the flanks of the Bec des Rosses brought together freeriders of all ages. From 17 year old Victor Hale-Woods , to the 72 year old Jean Troillet. 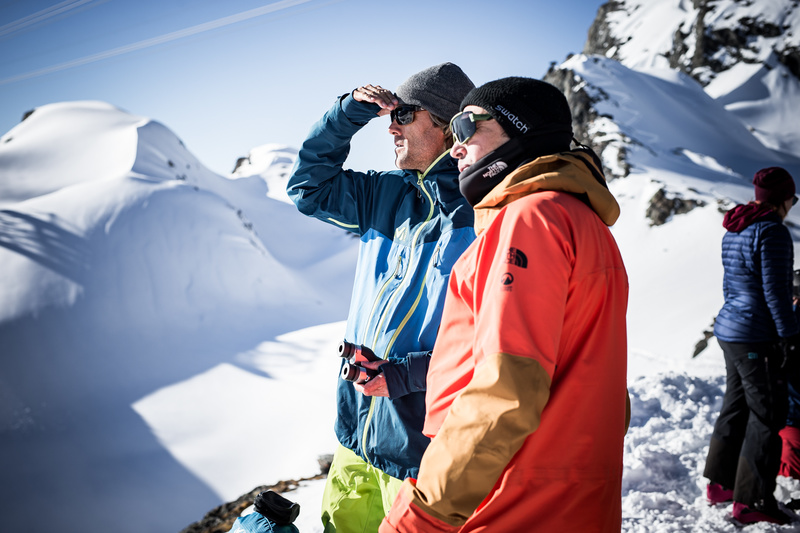 The director of this event was none other than the night shooting specialist, Nicolas Falquet who filmed and edited the video. The photographer Dom Daher, who conscious of the importance of the moment, admitted to trembling slightly before pushing the shutter to release for the 6 minute exposure. He could not afford to miss this crucial shot. The result is simply stunning.

The 25th anniversary cannot be fully celebrated without the 25th edition of the Verbier Xtreme, which is already cued for the 2021. Stay tuned to see what the Freeride World Tour has in store for its fans, athletes, and partners for the 25th Verbier Xtreme, as the legends who built its reputation over the years have already confirmed their presence!

Don’t miss the latest news and competition programme by staying tuned to www.freerideworldtour.com

Congratulations to our FWT20 World Champions! From Hakuba to Fieberbrunn,...

25 CANDLES FOR THE VERBIER XTREME