Freeride Junior Tour by Dakine 3* welcomed 90 of it's finest young guns to Verbier aka one of Europe's freeride meccas.

Tears of joy in verbier where the last event of the Freeride Junior Tour by Dakine 3* was hosted. The competition was held on the Baby Bec next to it's famous brother "Le Bec des Rosses". The venue, equiped with some funcky cliff features at the top and some backcountry style terrain at the bottom gave the riders the opportunity to mix up their styles. 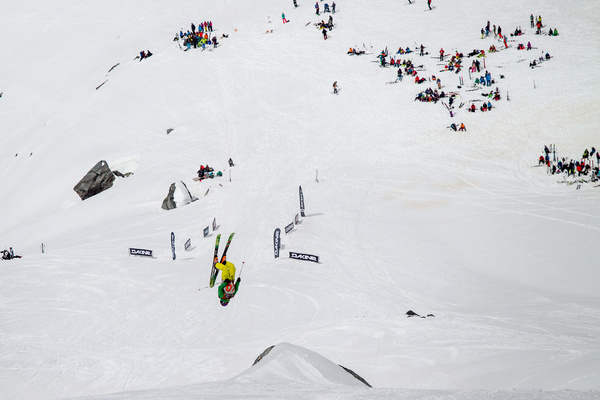 The riders had an other exceptionally early start in Verbier to make sure to catch the weather window and thus resulting in yet an other amazing competition.

Tracy Frei (SUI) shredded her line making it look effortless and climbed to the top of the podium. Ellie Soutter (GBR) glided gracefully down the mountain and got second followed by Gaëlle Melet (SUI) who showed a creative snowboard line with her third place finish. 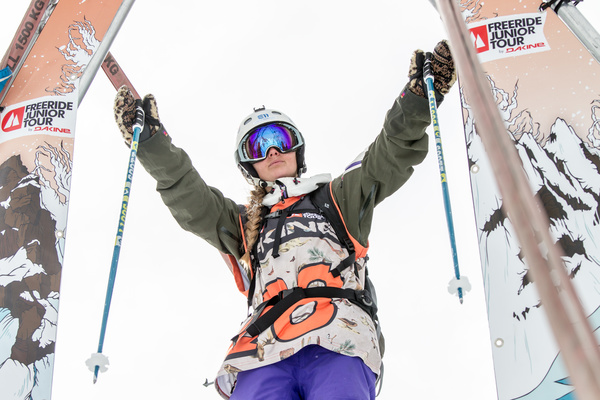 Swissess Marie Bovard (SUI) performed some very fluid skiing scoring a bronze medal folowed by Elise Trappier (FRA), who put down a verry original line with multiple features putting her in second place. The first place went to Camille Gremion (SUI) showing the home croud what she was made of stomping her features cleanly.

The men's snowboarding podium was quite exotic and international. In third place from Great Britain we have Jake Terry (GBR) who made some great use of the terrain followed by Mexicano Liam Rivera (MEX) who showed some very committed snowboarding with some solid airs. Swiss man Loïc Aubert (SUI) put down a breathtaking line stomping all his features cleanly placing him on the first step of the podium. 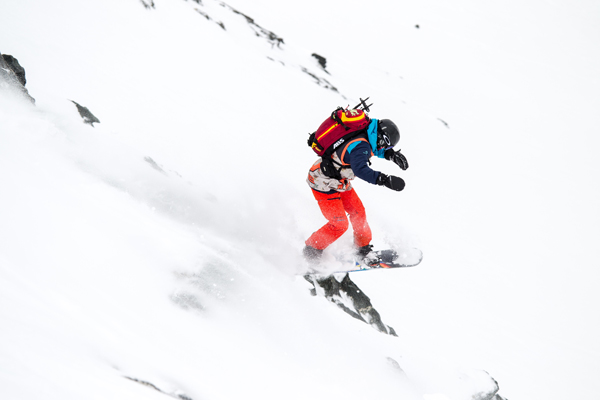 The ski men took the Baby Bec to a whole other level this year. The Italian Lorenzo Carbonato (ITA) took home the bronze medal after making quick work of the face while stomping cliffs cleanly. Austrian Mathieu Gschwandtner (AUT), who had the fastest line of the day, claimed second place in front of his home croud followed by the 2016 Verbier champ from La Clusaz, France, Tom Gratadour (FRA) who showed some solid skiing and hucking some gnarly features. 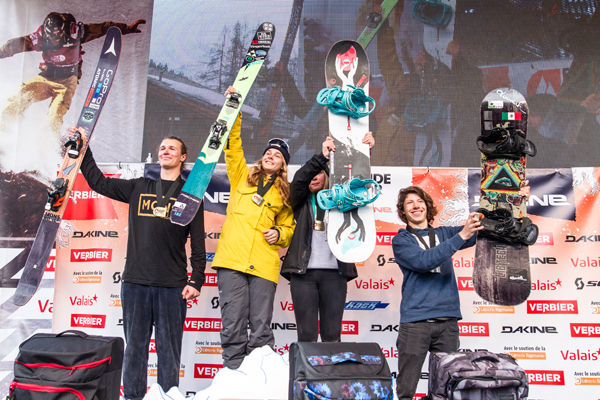 The FJT Verbier was also the last event of the Swiss Freeride Series and thereby crowning its champions in Verbier: 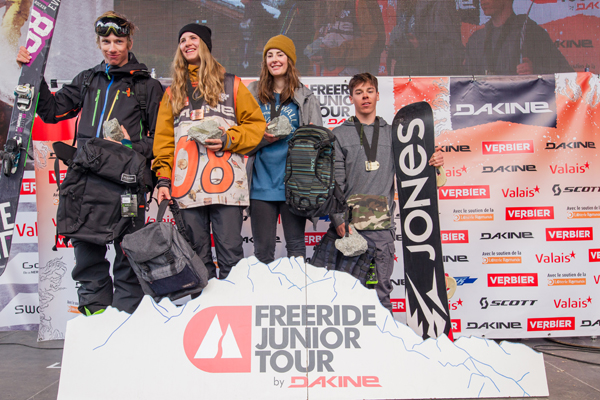 It was an amazing season, a big thank you to everyone who made it possible. Till next year until then enjoy the end of the season!

Servus from Fieberbrunn, Austria where the second stop of the Freeride Junior...