Four Freeriders are crowned world champions at The Grand Finale

The final event of the 10th season of the FWT is capped with tremendous performances from the greatest freeriders in world.

The highly anticipated final of the international freeride ski and snowboard tour crowned four new world champions today at the Xtreme Verbier 2017. After several days of unsettled weather, the twenty-eight qualified athletes for the final event of the five-stop FWT were delighted by excellent snow conditions on the renowned and technical 600 vertical meter north face of the Bec des Rosses (3223m).

Marion Haerty (FRA) capped a phenomenal season and clinched the title of world champion with her second place run comprised of cleanly stomped airs and beautiful riding. Anne-Flore Marxer (SUI/FRA) took the top position today with the most aggressive line featuring the field’s largest airs of the day. 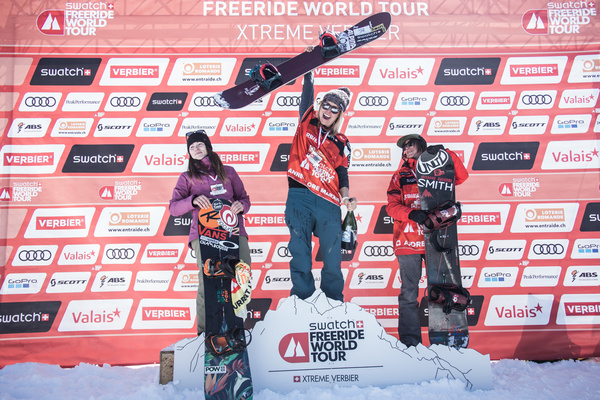 A suspenseful competition took place in the field as Eva Walkner (AUT) secured her lifelong dream of winning the Xtreme with the biggest and cleanest airs of the day. Third place was enough to place tour veteran Lorraine Huber (AUT) at the top of the overall ranking and earn her first world champion title. 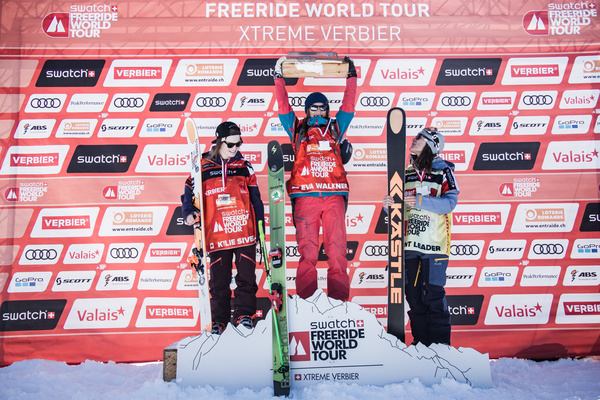 Despite Sammy Luebke (USA) already solidifying his world champion title after the penultimate stop in Haines, Alaska, he still sent two enormous airs in the Dogleg Couloir section of the venue and once again took first place on the Bec. Rookie Davey Baird (USA) held his own and rode an untouched part of the venue with an impressive double air which topped off a solid first year on the tour.

Sammy Luebke, FWT17 world champion snowboard men: "I was pretty nervous, I didn’t eat this morning, my stomach hurt. You always get super nervous when you’re coming to ride the Bec. I had the competition in my mind, but mainly the plan was getting down the face and finding good snow. It didn’t feel like riding down the Bec which is usually super nerve-racking and every run could be your last. It just felt really good!" 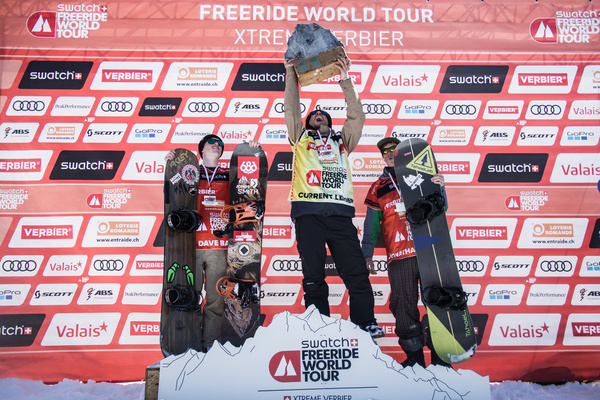 A three-way tie for the world title was finally broken by Léo Slemett’s (FRA) spectacular run which began with a committing 360 in the exposed upper part of the venue and was followed by a series of high amplitude airs, earning him the much deserved world title. Yet it was Reine Barkered (SWE) who hammered a stunningly fast line through most of the biggest features of the face with his renowned control and veteran mastery that took today’s top performance in ski men. 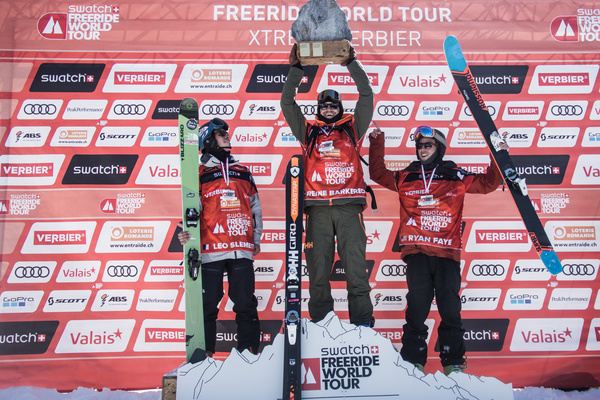 The replay of today’s event is available on www.freerideworldtour.com for the female categories and www.redbull.tv for the men’s categories, where fans can watch and rewatch the best runs of the day with the rider tagging system.

With the season finale now under wraps, freeriders and fans alike can rejoice at a successful 10th season spanning five phenomenal events with some of the most impressive and progressive riding witnessed to date.

As the season winds down, be sure to follow the latest news and rider updates for the upcoming 2018 season all summer long on www.freerideworldtour.com and FWT social media channels.

Who will clinch the 2017 FWT world title in the ski men category?

AN UNPRECEDENTED THREE-WAY TIE IN THE SKI MEN CATEGORY WILL KEEP FANS GUESSING...