The ski film season is well under way in Europe! The Champéry Film Festival and The Freeride Film Festival are packed with films featuring FWT athletes new and old. Check out the article to see the full list of films and where and how you can watch them!

The Freeride Filmfestival returns to the cinemas. This winter, a programme full of power, powder and unique characters awaits you on 13 tour stops through Austria, Germany, Italy and Switzerland.

Check out the full program and get your tickets for the 2021 Freeride Film Festival HERE!

On the program this year: the organizers' top 10 independent freeride films of 2021. The selected films are smooth, graceful – full of magical moments in harmony with nature. With skiing, snowboarding, and authenticity at the highest level.

Every single production reflects the virtuosity of all those involved: athletically, artistically and technically. The selection of the Freeride Filmfestival 2021 takes us back to the roots, back to the beauty on our own doorstep. On a journey full of soul, flow, big mountain and freestyle skills. Back to the essence of freeriding!

Discover all the selected films HERE!

The festival is featuring Freeride World Tour athletes films such as:

3 times World Champion Arianna is not only one of the very best freeriders, but also has a wonderfully powerful voice. A perfect mix for a film that shines with sensational ski action from unusual and close-up camera positions as well as with its very own narrative.

The three-time freeride world champion comes from the area around Alta Badia in the Dolomites and her mother tongue is Ladin, which is only spoken by around 30,000 people. In this onomatopoeically impressive local language, Arianna comments on the ups and downs of the 2020/21 pandemic season, while dancing almost weightlessly in the powder and on the slopes.

The film is a melancholic, poetic tribute to the best friend of winter sports enthusiasts: the snow. This absolutely coherent work was realised by Marco Tribelhorn from Switzerland with his production company “Troublehaus”. He is also multi-talented, having produced the soundtrack for “Na Vita de Nëi” himself under his musical alter ego “Troubleman”.

After many winter seasons and competitions at the highest level all over the world, a professional freeride skier from New Zealand named Neil Williman ends up in Innsbruck. There, he is warmly welcomed by talented locals. Together they discover the heavenly mountains of Tyrol during a global pandemic. Their mission: to find the most challenging faces using only public transport.

Even if the resorts are closed at the start of the winter, they find epic lines, which can even be accessed by walking out of Neil’s front door. Touring along with local friends and “imported locals” like FWT Champion Manuela Mandl, Christoph Schöfegger, Leo Rauch and Sam Good one main challenge is: what possibilities open up once the crew has to stray from the ‘normal’ path?

Other welcoming local friends for Neil are the Snowmads crew, who are well known for travelling the world in their adventure campers. Spending a week with Fabian Lentsch, Markus Ascher, Konsti Ottner and Jules Zenzmaier in campers and huts in the valleys close to Innsbruck helped discover the real soul of the place.

A skier wanders on his own on a glacier during a bright full-moon night. He steps into the abyss of a glacier cave. His longing for spiritual liberation guided him there, as far as possible from everything he knows. He dives into the depths of the unknown and discovers the mystical connection of freeriding with his divine self.

The next day feels like seeing the world with different eyes as he comes back to civilization with a fresh and rejuvenated spirit, dreaming about dancing freely with his skis on a spring mountain playground.

Protagonist of this breathtaking ski movie is Yann Rausis from WesternSwitzerland, who is a Top-20 rider on the Freeride World Tour: “I conceived this film as a poetic and mystic journey, letting the spectator free of finding his own interpretation. Thus, my interest lies more in the feeling dimension rather than the narrative one.”

On November 12 and 13, the Lower Valais resort will live to the rhythm of a new edition of the Champéry Film Festival. This pre-season event is the place to be for lovers of board sports, mountain sports and the culture that surrounds it. Film screenings, photo exhibitions, conferences, concerts... the program promises to be rich and varied!

On top of presenting some of the best ski and snowboard films, the Champéry Film Festival also offers its visitors the opportunity to get up close and personal with the stars of the festival! Freeride World Champion Xavier de Le Rue as well as freeride skier and guide Sam Anthamatten will present alongside a dozen mountain personalities who will be keen to share their experiences with the public!

Discover all the films presented during the festival HERE.

Get your tickets for the Champéry Film Festival HERE. 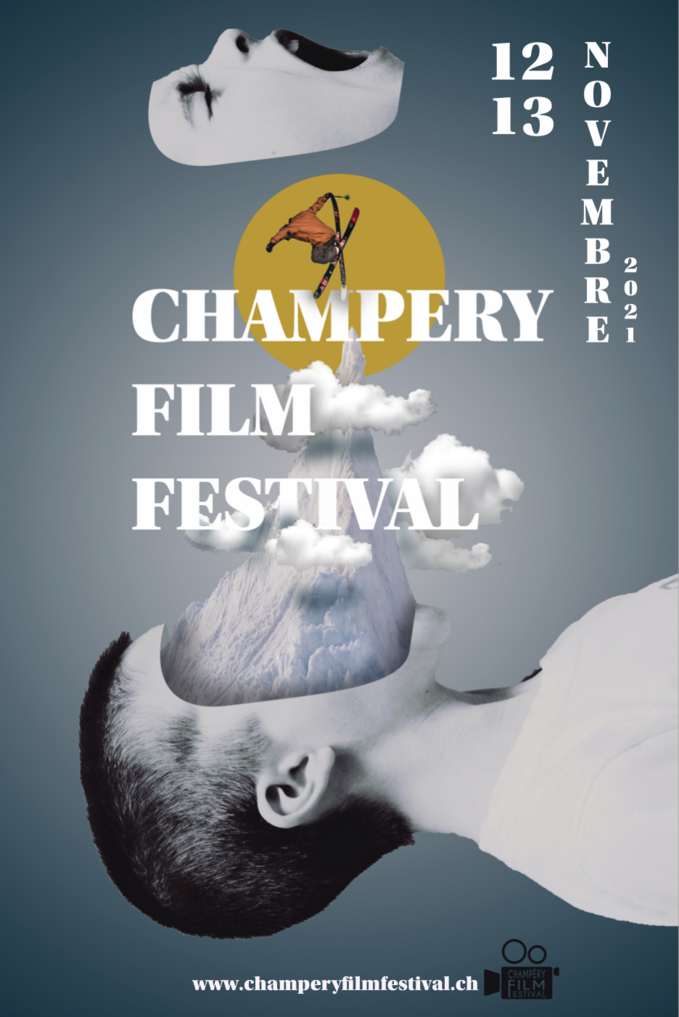 This year's edition of the Chmpéry Film Festival is a great opportunity to discover amazing films featuring some Freeride World Tour Athletes such as:

Both experts in their disciplines, Victor De Le Rue and Sam Anthamatten are always looking for fun and new adventures. Team athletes and freeriders, they are changing the way we travel in the mountains. The goal is no longer to reach a summit and then descend, now they jump over crevasses, descend steep slopes, climb ice walls, and use their paragliders to fly over obstacles.

Versatile is a film about mountaineering, freeriding, paragliding and with Victor, you can always expect some mind-blowing action!

It is the story of a young freerider from the Portes du Soleil who sets out to rediscover the ski area where he grew up. He brings with him, locals and friends, because real skiing is shared! It is a polyvalent film between freeride and backcountry.

11 FWT ATHLETES FILMS TO LOOK OUT FOR

Not only do our athletes compete all season in the Tour, but they also play a...