The world’s best young freeriders took their sport to new heights with high-level performances at the Freeride Junior World Championships 2019 by Dynastar in Kappl, Austria.

Known well for their mind blowing level of big mountain riding by any standard, more than 60 of the world’s top emerging freeriders threw down today in the Austrian Tyrol, and once again showed the world the bright future freeride has to look forward to.

Miss the action? Watch the replay of the LIVE webcast:

Here’s what went down today in Kappl:

SNOWBOARD MEN
Eliot Dänzer (SUI-1st Place) showed that he was comfortable in Tyrol big mountain terrain with a nice air right off the bat, a smooth transition into the mid-mountain couloir and two more steep and committed airs rounding off a solid run to earn him the top podium spot. He was joined on the podium by Tilden Wooley (USA-2nd Place) who fluidly made his way down the venue stomping three airs and Dagan Schwartz (USA-3rd Place)who found plenty of powder and chose a creative and technical lower section line which he greased cleanly. 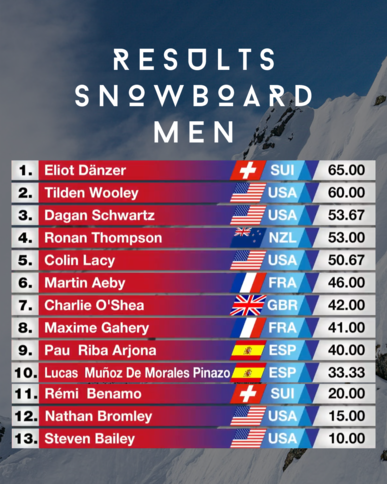 SNOWBOARD WOMEN
Chamonix local, Anna Martinez (FRA-1st Place)who finished in 2nd place last year went really big on her top air, comfortably took speed into the steep middle part of the venue and followed up with a  clean stomp to round off a great run to earn her the top podium spot. Mia Farley (USA-2nd Place) linked together fluid and controlled turns all the way down the mountain and Cali Loeb (USA-3rd Place) made smooth powder turns and found a little air time as well. 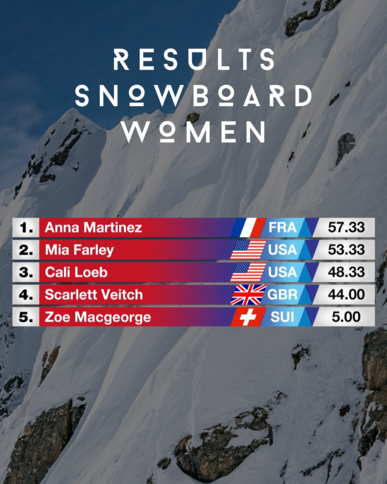 SKI WOMEN
Marie Bovard (SUI-1st Place) continued her reign on the top of the FJWC podium with her second consecutive win thanks to smooth flow on her top line, a clean stomp into the main middle couloir, followed by a steep and technical spine to drop capping off a very high-level run. Britta Winans (USA 2nd-Place) helped herself to three clean stomps and fast and fluid skiing in between and Jil Lehnert (GER-3rd Place) greased a big and committed must stomp line confidently riding through her slough. 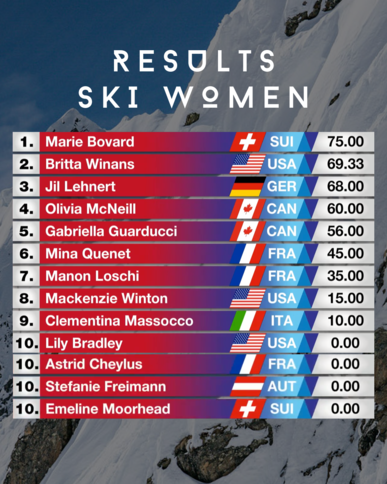 SKI MEN
Maxime Chabloz (SUI 1st-Place) literally came flying into the venue with a big transfer, sped through the middle section, stomped a massive floaty 360 into the main middle couloir, followed up with a smaller air and then stomped an absolutely huge 360 at the bottom, putting his stamp on the undisputed run of the day and a very well deserved win. Paul Dentan (SUI-2nd Place) joined his compatriot on the podium after putting down a sweet run that included a floaty top shifty air, a big 360 off the same feature as Maxime and a very large stomp at the bottom. Max Palm (SWE-3rd Place) stuck a stylish 360 off his top feature followed by another well-floated 360, again off the same feature as his fellow podium finishers and nearly stomped a huge air at the bottom for a very strong run nonetheless. 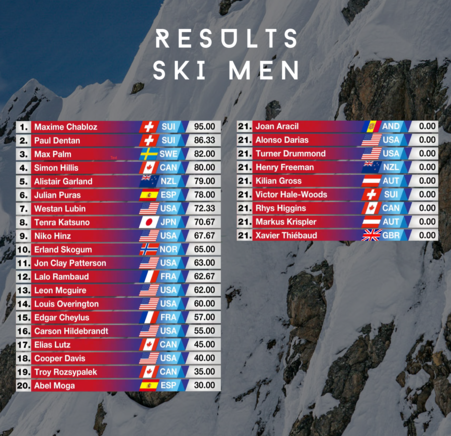 World’s premier junior freeride event returns to Austria in March 2019. Up and...