Freeride's New Dawn in the Land of the Rising Sun

Rapid growth and massive potential for competitive Freeride as it spreads its reach across Japan.

"The recent development of Freeride World Tour (FWT) in Japan is beyond expectations. There was no freeride event in Japan in 2016. There will be nine events in 2019, plus numerous newly-established Freeride academies for junior riders. The explanation is simple: a country with a centennial skiing culture, consistent mind-blowing powder snow conditions, and a fantastic organization team in Hakuba. And this is just the beginning. Japan really is a skiers’ and snowboarders’ paradise, with mountains covering 72% of the country, an incredible 8 - 15 meters of annual snowfall, and around 500 ski resorts spread across this expansive alpine terrain. And though Freeride’s history here may just be beginning, skiing has been in the fabric of the nation for more than 100 years. The Austro-Hungarian army provided ski training to the Japanese Imperial army at the end of the Meiji era (1868 - 1912)." – Nicolas Hales-Wood, FWT CEO

The nation has hosted the Winter Olympic Games twice; in Sapporo in 1972, and in Nagano in 1998. Today, Japan is the number one destination for Australian and Chinese skiers. And with an estimated 5.3 million Japanese skiers and snowboarders, of which only 5% ski off-piste, the potential for growth is clear. 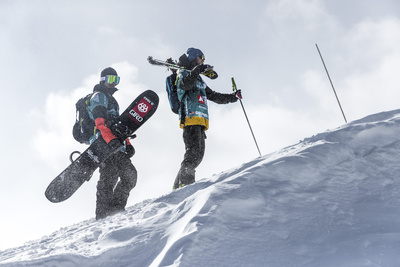 "Japan, like Europe, has 100-plus years of ski culture. In the first era there were no chairlifts or groomed terrain. This was a period of pure freeriding. But over time, freeride and off-piste riding came to be considered an extremely dangerous activity, leading to restrictions on leaving the prepared slopes. Since then, Japanese ski resorts have struggled to bring domestic skiers and snowboarder to the resorts That’s why Hakuba Valley was so excited to encounter Freeride World Tour. FWT and Hakuba Valley not only produce a world-class Freeride event, we also remind skiers and snowboarders that the freedom of riding down natural terrain is what its all about. With the excellent team of FWT, we are very optimistic about the future of skiing and snowboarding in Japan no matter what challenges confront us." – Yojiro Fukushima - Director, Tourism Commission of Hakuba Village

In addition to nine Freeride competitions in Japan in 2019, the sport is growing at a grassroots level as well, with programs like Freeride World Tour Academy. Formerly known as FWT Club, the Academy offers Freeride-focused instruction with local experts and pro riders at locations around the world. In Japan for 2019,  seven ski schools have FWT Academy offerings available. Full listing available at www.freerideworldtour.com/freeride-world-tour-academy

As snowflakes begin to fly around the northern hemisphere, excitement for Freeride World Tour 2019 grows by the minute. Will Hakuba, home to stop #1  of the 2019 tour, be the stage for the deepest snow in competition history? Stay tuned for continued coverage from Japan, as well as the rest of the Freeride planet.

Breaking News: Travis Rice to join the FWT in Hakuba

Travis Rice will be joining the list of heavy hitters with wild card riders...