A world-class international field dropped into the Alta Chutes today at The North Face Frontier Freeride World Qualifier 4* at The Remarkables ski field in Queenstown.

“After the 4* here the rest of the season in Europe went really well and I made it onto the Freeride World Tour (FWT), which was really cool. That is the highest level of competition in the world of freeride and in the next Northern Hemisphere season I will travel around the world competing on it. It’s going to be a big season!” said a stoked Hotter. “I decided to switch it up a bit this year here, so I tested my abilities and my strength of will I guess and I am definitely really stoked with the result!”

It was a Swiss second and third in the women’s ski with Eva Battolla and Sybille Blanjean hailing from Verbier showing their form on the technical face. 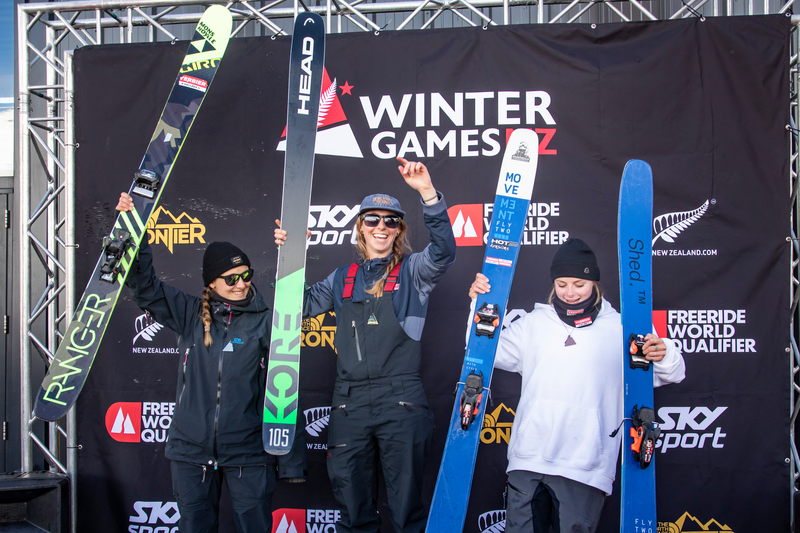 New Zealander’s filled the men’s ski podium with Jamesa Hampton from Canterbury winning with what the judges and commentators called a complete run; with traditional freeride style, big technical skiing and a progressive freestyle run. The 23-year-old said, “I am absolutely stoked, it was a little bit sketchy. I would like to be more in control, but everything came together. I came down and managed to keep it under control into the lake and bringing it to the finish line.”

FWT Skier and NZ Freeride Team member Hank Bilous came in second with a smart, big skiing on his come-back run from injury and showed his unique style.  FWT 2020 athlete Craig Murray from Christchurch came in third. Craig made his way through the ranks of the New Zealand Junior Freeride Tour, the Freeride Junior Tour (FJT) and the Freeride World Qualifier (FWQ), qualifying to compete on the Freeride World Tour (FWT) since 2018. 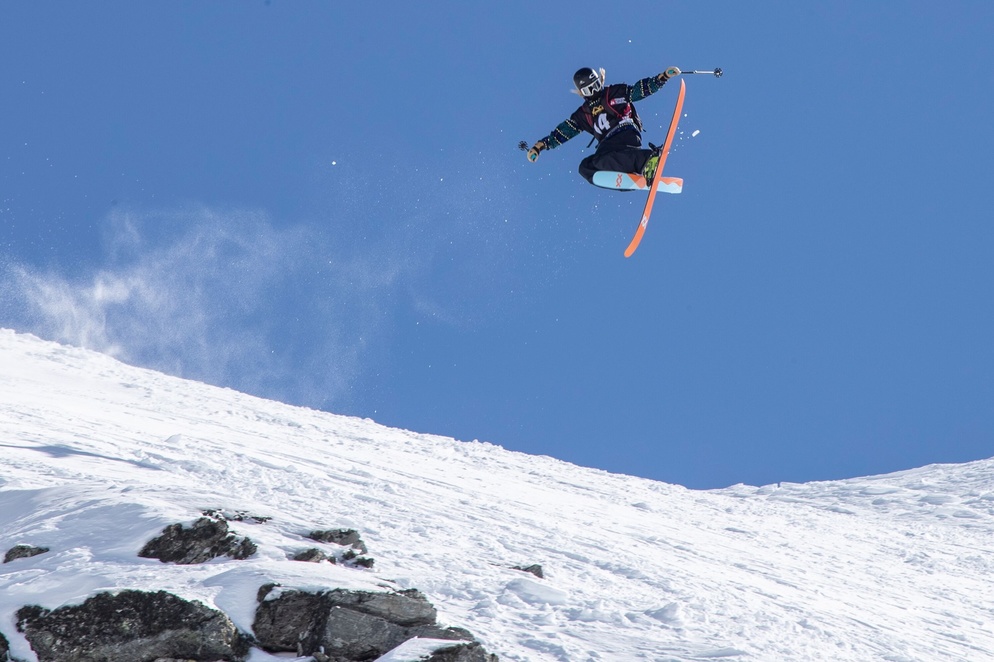 Spanish snowboarder Nuria Castán Barón who won this event last year showed off her skills when she came off the top of the Alta Chutes hot, attacking the cliff and pushing the size of drops which snowboarders normally attempt at this venue. “I'm pretty stoked to land the big cliff I did in the middle, it was kind of sketchy and the take-off was really sharky. I stomped it (clean landing) and in these conditions I couldn't be anymore happy.”

Kiwi snowboarder Claire McGregor came in second, with Mikaela Hollste the 31-year-old from Finland rounding out the podium. 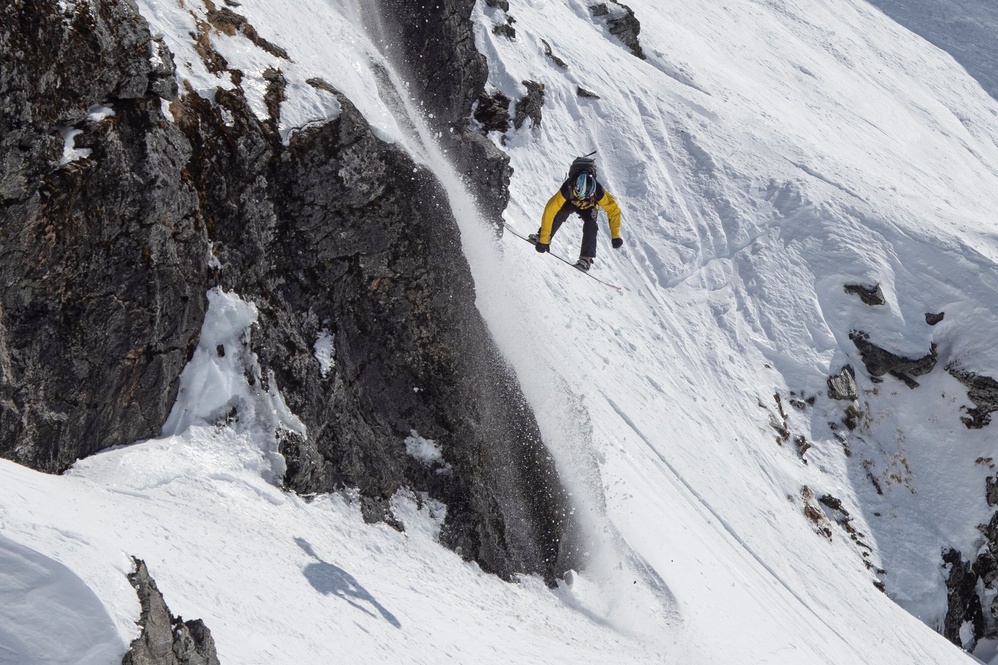 American snowboarder and FWT Rookie Blake Moller opened with a large freestyle trick and finished with solid and fast freeride style to gain him the top rank amongst the stacked field. “It was so fun and the conditions are awesome. There is nothing like it!” 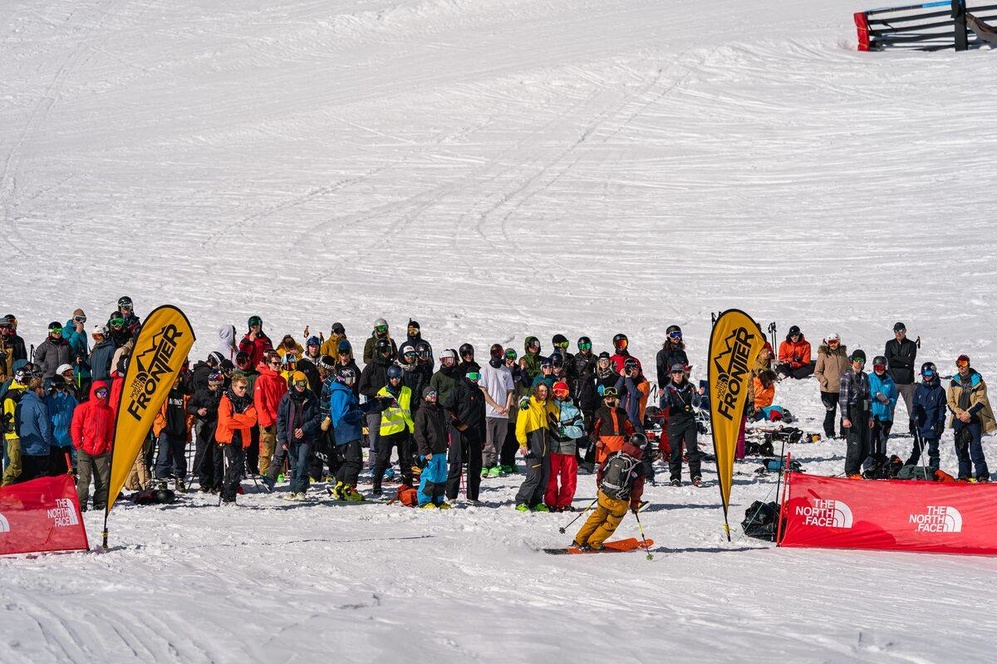 2020 The North Face Frontier, presented by the Winter Games NZ 4*