SEVEN ATHLETES TO RECEIVE AN INJURY WILDCARD FOR THE FWT20 SEASON

Held back by injury last year, these riders will get another shot at the podium.

As a professional freerider, injuries happen and can often disrupt athletes’ careers. Fortunately, each season the FWT gives a second chance to those athletes who were unable to complete their season due to injury by offering them “Injury Wildcards”.

In the Ski Men Category, hard charger Ivan Malakhov (RUS) is back in the game after an explosive crash put him out of commission all of last season. He’ll be joined by Sam Lee (NZL) who was also sidelined due to a leg injury; it will be Sam’s first season back on skis. Swiss shredder Yann Rausis is back on course to compete after a season-ending knee injury. Konstantin Ottner (GER) is an up-and-coming contender on the tour who has just overcome shoulder and knee problems. Hank Bilous (NZL) is back on his feet and warming up in the Austral winter while preparing for the FWT20.

In the Ski Women category, Rachel Croft (USA) has been training hard heading into the upcoming season after a knee injury kept her out last year. She’ll be joined by Maude Besse (SUI) who was unable to compete in Europe due to a season-ending injury after the Canadian stop.

With this level of talent being thrown back into the mix, the 2020 season could go in a lot of different directions. Newcomers will face returning legends, hungry to prove themselves after sitting on the sidelines. The big question is whether these recovering athletes will be able to perform at the top of their game after going through the process of mental and physical healing.

They will also have to face the entire FWT20 lineup including several wildcards that will be announced in the coming weeks. 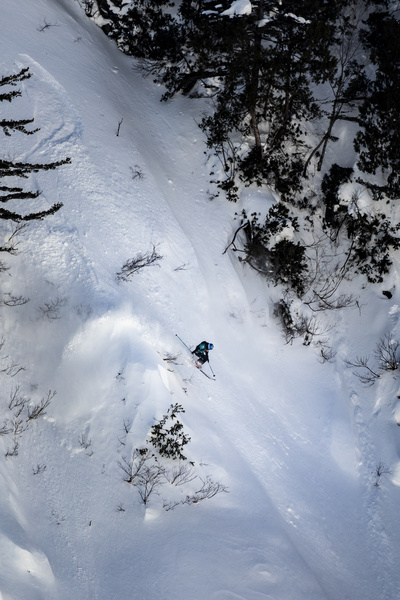 Stay tuned to all FWT20 social channels and www.freerideworldtour.com to catch the entire roster of 2020 athletes the moment it’s announced!