Jeremy: I met Dom ten years ago during an event he was covering as a photographer. Back then, Dom’s career was exploding and he needed someone to deal with his extra office work as well as be his assistant while shooting. He offered me a position and I said yes, and here we are. Three years later I bought my first camera and started taking photos. These past years Dom has really helped me improve my skills as well as my eye until I started working freelance. More recently, we’ve launched a studio and website together called “Neuf Dixieme.”

Dom: I found this guy in a lost valley (Bellevilles) where most of the people have 1 or 3 eyes but not two and this guy was more or less normal. I gave him some food so he helped me to store the wood and cut the grass then one day he stole one of my cameras and since then he is trying to steal pretty much everything in my life: my job, my wife and probably also my kids, so I thought it would be safer to stay close to him and watch over him. He is a real devil. 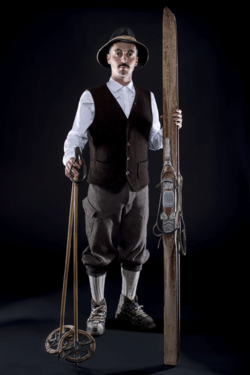 2.     Every competition is organized in little details. How do you decide who needs to cover which part of the venue to take pictures? How do you organize yourselves before each event?

Dom: The first thing we consider is safety. We have a strong crew of mountain guides that we trust and we can get honest opinions about what they think about our different shooting positions during face inspection. After we go to the inspection, we have an idea of who is going to shoot what. Then we discuss our strategy so we can have the best coverage of the event. As it happens, if there’s one position we both want, we ro-sham-bo for it, and I typically lose. But position is the biggest discussion of the event and we take it really seriously. We often stress like the competitors on competition day. 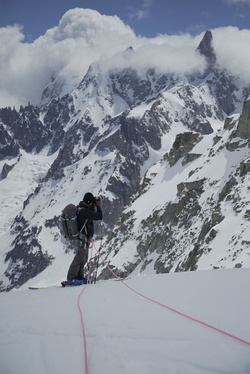 3.     Jeremy: Strict weather conditions, long waiting periods, logistic decisions taken at the very last moments. The FWT seems like a lot of hard work for you both. What is that special thing that brings you back on the FWT every year?

Jeremy: It’s a lot of hard work for sure and it means I really have to organize myself for each event during the winter season - which is the hardest part. Working for the FWT means that sometimes I’m booked for extended periods, but the FWT is a huge community and I really love it. I meet new people every year in addition to the people I see year after year. We really are a big family: travelling, living and working together around the world. I love it, It’s so much fun. On top of that, I get to spend time working with athletes in the mountains. Being in the mountains and skiing every day is the reason I started photography. It’s definitely worth it!

4.     Dom, your career includes shots of people freeriding, surfing, biking... What is the sport you like to take pictures of the most and why?

Dom: I love climbing and I love surfing, but I really love shooting skiing! Skiing is literally the cleanest job for your camera, and for a lazy guy like me, if I don’t have to clean my camera three times a day, I prefer it! This is not a joke! Surfing really destroys your equipment! Also I really enjoy working with people in the ski industry. Not only do I appreciate the athletes in the ski community, it’s from where I come from. It’s my roots, my family. 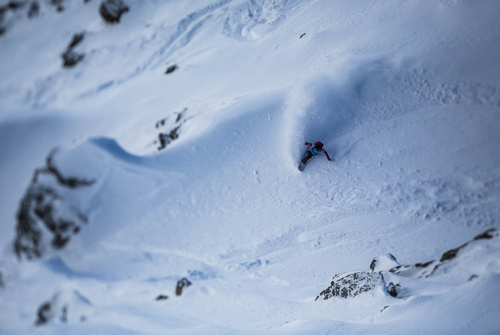 5.     What is the best memory you have about the Freeride World Tour?

Dom: My best memory is back in 2011 in Sochi during a lay day on the Tour when they opened the top of the resort only for Julien Lopez, Matti Imbert, Sam Anthamatten and me. We had 80 cm of snow during a chilly day and only the four of us where there… I don’t know why, I don’t know how but it was one of the most exclusive days ever.

Jeremy: There are many of them. It’s hard to say… One of them is probably when Kevin Guri won the Xtreme Verbier. I was on top of Dogleg couloir. He jumped a cliff right above me, skied toward me and then, while laughing, he said « Hi Jeremy ». I knew he achieved something big, I was really excited for him: I’m always very nervous when close friends are dropping in because I know how hard it is to ski those lines and I know the risks they take to get the titles. Once the comp was over, I reached the finish line and saw that Kevin had won. As pressure faded away, I felt happy for him… later on it was only about pure emotions, we were all celebrating together as hard as we could.

1. FWT represents a big part of your winter, why do you choose to spend so much...