In just 30 days Freeride World Tour launches its 2022 season! With deep snow already blanketing competition venues in the Pyrenees, the Alps, and British Columbia, a boundary-pushing athlete roster, plus exciting format modifications and surprise Wild Cards, the 15th edition of the legendary Freeride series is primed to be the best season yet!

The 2022 Tour begins with a brand new stop: Baqueira Beret, Spain (22 - 28 January). The thriving snowsports resort in the Spanish Pyrenees looks to make a strong debut as an FWT host resort, with excellent snow conditions already established on the potential venues, and representation from explosive local skier Aymar Navarro (ESP).

Following the opening event in Spain, the tour then visits Ordino Arcalís, Andorra, and Kicking Horse Golden BC, Canada. After these first three stops, the top-ranked riders advance to the FWT Finals, where World Champions will be decided at the last two events in Fieberbrunn-Saalbach, Austria and Verbier, Switzerland. 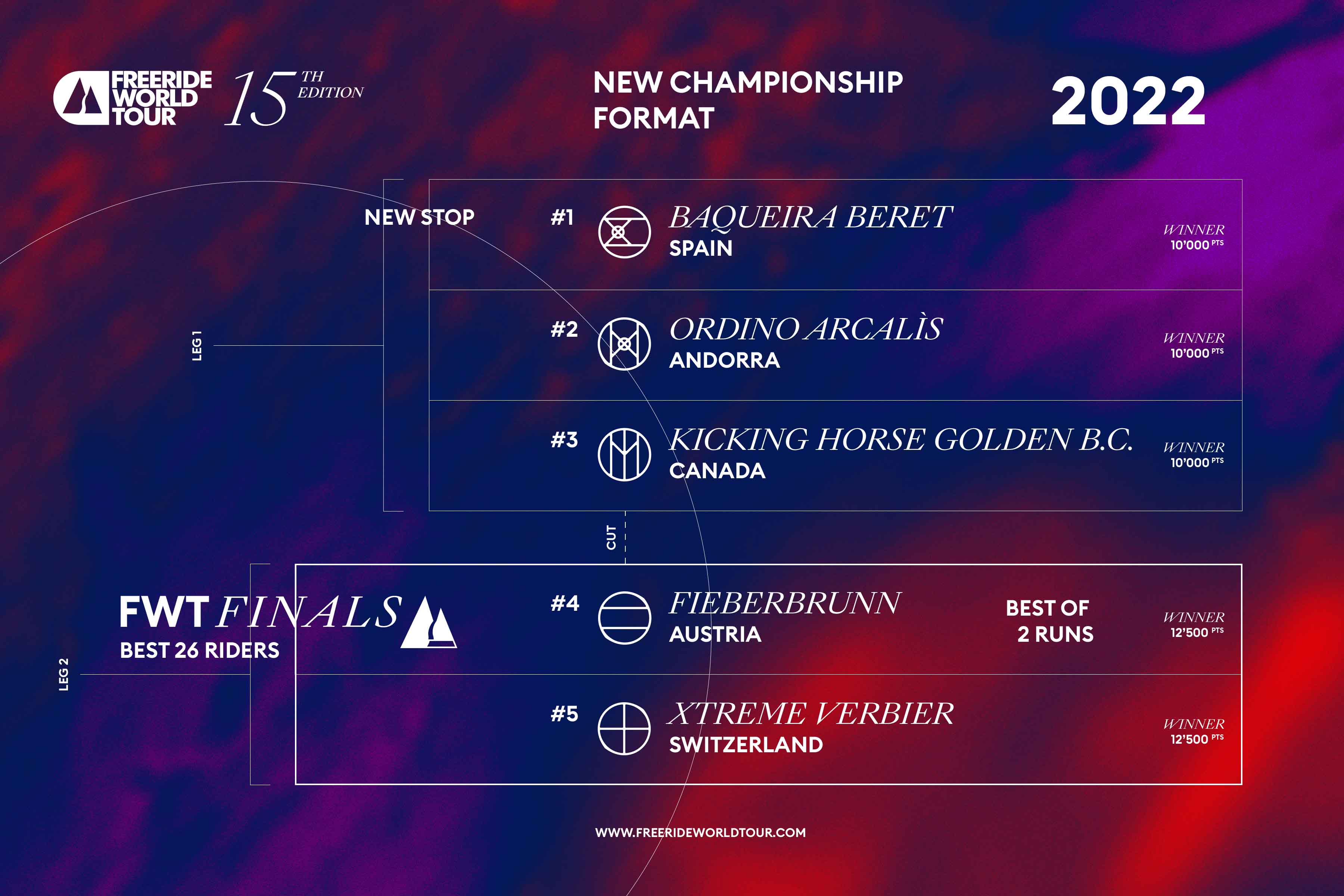 As the launch date of FWT22 nears, the riders of the Freeride World Tour are excitedly readying themselves for battle—finishing their early-season training programs, preparing their gear, and arranging their travel. Perhaps most excited to rejoin the global Freeride family are standout skiers from New Zealand, who missed FWT21 due to travel restrictions. Complete athlete rosters are available here, so you can pick your favorites to cheer for once the Tour begins.

Confirmed tour riders will be joined by Wild Card athletes at every event—top talent whose incredible performances have often played spoiler to the world title hopes of full-season riders. Wild Cards are announced immediately before each event, adding even more drama to the intense competitive atmosphere.

With just 30 days until the first riders drop in, be sure to save the dates, bookmark www.freerideworldtour.com and follow @freerideworldtour. With live broadcasts (plus full replays) from every stop, up-to-the-minute competition updates and exclusive behind-the-scenes coverage, you won’t want to miss a moment of the greatest Freeride show on earth.

The Year of the Comeback: FWT 2022 Athlete Roster Confirmed! Outstanding...